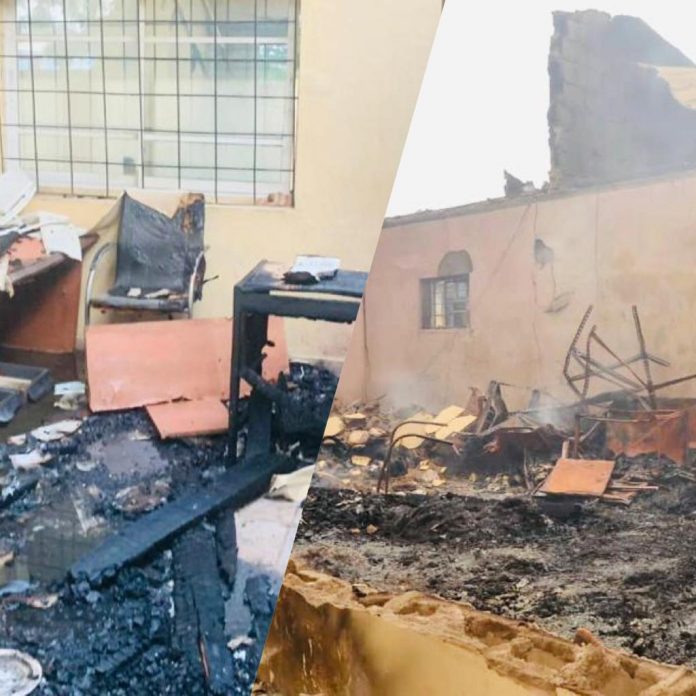 The Independent National Electoral Commission INEC has condemned the repeated attacks on its offices following its Local Government offices in Ogun and Osun States been set ablaze. An emergency meeting of the Inter-Agency Consultative Committee on Election Security (ICCES) is scheduled for Friday, to discuss the disturbing trend.

According to a statement on Friday by the National Commissioner and Chairman of Information and Voter Education Committee, Bar. Festus Okoye notes, the Abeokuta South Local Government Area incident occurred around 1.15am when some unidentified persons overpowered the security personnel on duty and set the entire building ablaze. The main building and all the Commission’s movable assets in the office were destroyed. Items destroyed include 904 ballot boxes, 29 voting cubicles, 30 megaphones, 57 election bags, 8 electric power generators and 65,699 uncollected Permanent Voters Cards (PVCs).

In a related development, the Ede South Local Government incident occurred in the early hours of Thursday, when some unidentified persons also attacked the building and set a portion of it ablaze. The Commission maintains that fortunately, the damage in Ede South Local Government was limited to a section of the building and only some furniture items were destroyed. According to INEC, the attention of the Nigeria Police Force and other security and safety agencies have been drawn to the incidents and investigation has commenced.

INEC however notes that the simultaneous attacks are very worrisome with just 106 days to the 2023 General Election when the Commission has commenced the movement of materials to its offices nationwide. The Commission is also disturbed about rising incidents of attacks on supporters of various political parties and the use of hate and indecent language by some politicians since the commencement of campaign about two months ago.

Northern Governors meet to chart new course for the region