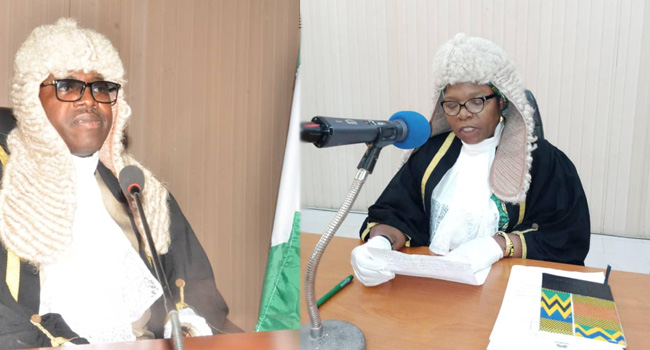 The impeached Speaker of the Ekiti State House of Assembly, Olugboyega Aribisogan, on Monday condemned what he described as his unlawful impeachment.

Earlier in the day, Aribisogan was sacked as Speaker by 17 out of the 25 members of the House who also suspended him. The lawmakers also elected Olubunmi Adelugba, the lawmaker representing Emure Constituency as the new Speaker.

Shortly after his impeachment, Aribisogan said the “members present at the unlawful assembly did not meet the statutory number of 17 which the House Rules state can impeach a Speaker.”

In a statement he personally signed, the former Speaker said the “purported impeachment of Mr. Speaker and suspension of seven members is illegal, ultra vires, null and void and of no effect.” According to him, the actions are not legally sustainable and would definitely be quashed by a court of competent jurisdiction.