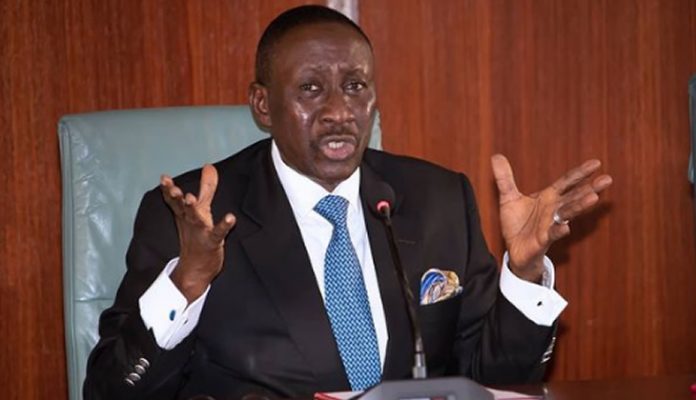 The National Security Adviser, Major General Babagana Monguno (rtd) has warned state governors employing the use of thugs to prevent opposition from mounting campaign materials in their domains, that security agencies will soon descend on them.

Anchoring the ministerial briefing at the state house today, he further warned that there will be no hiding place for the perpetrators, when the law enforcement agencies take steps. The NSA who was reacting to reports of state governors implementing policies that prevent the presence of opposition campaign materials in their states, blamed the action on what he called inferiority complex.

Again he cautioned the governors to restrain their thugs in what be describes as a ‘Cabo regime’, reminding that the President Muhammadu Buhari had given clear directives that the 2023 election must be free, fair and credible.

On the persistent attacks on INEC offices particularly after he had promised to deal decisively with the attackers, he reiterates the threat, with an assurance that ‘they will get there’.