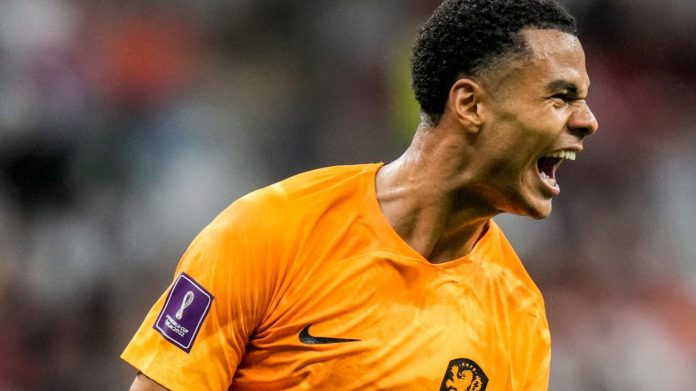 Liverpool have agreed to sign Netherlands forward Cody Gakpo from PSV Eindhoven, say the Dutch club. Gakpo, 23, had an impressive World Cup in Qatar, scoring three goals as he helped the Netherlands reach the quarter-finals. The fee for the winger is expected to be between 40m-50m euros (£35.4m-£44.3m).

PSV say Gakpo will travel to England to complete the deal, adding that it would be a record transfer for them. Liverpool have made a move with forwards Luis Diaz and Diogo Jota facing lengthy spells on the sidelines. Manchester United have been heavily linked with a move for Gakpo. “The PSV management completed the negotiations on Boxing Day and gave Gakpo permission to travel to England,” said a statement from the Eredivisie side.

Gakpo has been in fine form this season, scoring nine goals and providing 12 assists in 14 league games for PSV. He has also managed three goals and registered two assists in five Europa League outings. At the World Cup, he scored in each of his country’s group games against Senegal, Ecuador and Qatar.