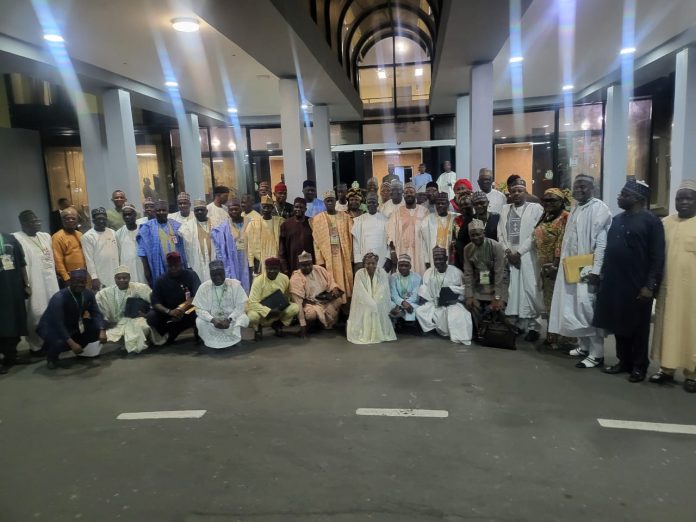 As part of the effort to conduct free and fair elections, the Department of State Services (DSS) has held four day Strategic Workshop for its State Directors of Security and Heads of Institutions. This is contained in a contained in a statement signed by the, Public Relations Officer Department of State Services Peter Afunanya. He says, the workshop is part of the Service’s preparedness for the general elections.

In his keynote address,  the Chairman of  Independent National Electoral Commission (INEC), Prof Mahmood Yakubu,.assures  the Service of the Commission’s determination to deliver free, fair and credible election. Also, the Commission, through its Director of Legal, Mrs Oluwatoyin Babalola, educated participants on the Electoral Act 2022 and its implications for Security agencies. Also as part of related trainings and courses outlined for personnel for the period, a capacity building seminar in Public Relations was declared open by the DGSS today, 23rd January, 2023 for mid-level officers drawn from the State Commands. Resource persons from the media, public relations practice and the academia are participating in the seminar.

The DGSS, Alhaji Yusuf Magaji Bichi CFR fwc reiterated the need for professionalism and neutrality of personnel in the discharge of the Service’s mandate before, during and after the general elections. In a related development, the DSS on 16th January, 2023, commenced a two week Joint Service training programme at the National Institute for Security Studies (NISS), Abuja. Participants are drawn from the country’s Armed Forces, Police and other law enforcement and response agencies. The Course was initiated by the Service to strengthen interagency relations in view of their separate and combined roles in the forthcoming elections. The Joint Service Course is designed to promote interagency collaboration and efficiency during the elections.

While the Service reviewed the security situation in the country and assured INEC of its support which is in line with the President’s pronouncement to the world to bequeath a free and fair election, the participants pledged to work in collaboration with sister agencies, INEC and all relevant stakeholders to ensure that peaceful elections are conducted across the country.

We will hold ‘Yoruba Nation’ rally in Lagos on Saturday –...