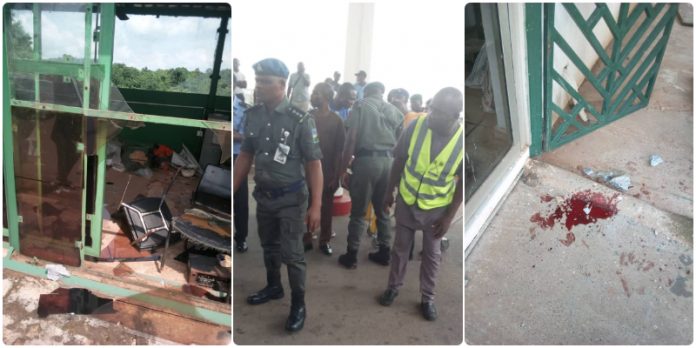 The National Assembly is currently being besieged by members of Islamic Movement of Nigeria (IMN).

The Shi’ites reportedly broke down the first gate known as the “MOPOL gate” and proceeded to the second which serves as the main entrance to the National Assembly.

But gun-wielding security shot into the air in a big to repel the protesters.

The Shi’ites then clashed with the security operatives, an action which led to many damages. Personnel cars were smashed and some persons were wounded. The injured have been taken to the National Assembly clinic for treatment.

IMN Shi’ites are protesting the continued detention of their leader Ibrahim El-Zakzaky.

Umahi’s Defection: PDP asks Buhari to get serious with governance

NFL says players’ protests during national anthem should be allowed